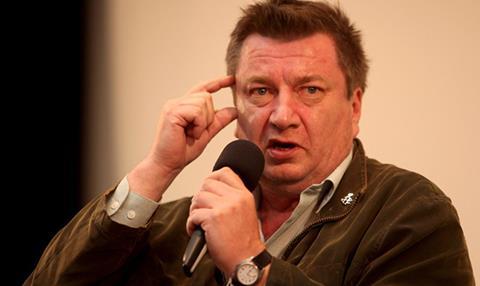 Finnish director Aki Kaurismäki (Le Havre, The Man Without A Past) will be honoured with the Carrosse d’Or (Golden Coach) award during Directors’ Fortnight this year.

In a letter to the director, the SFR selection committee praised his work for its “economy, precision and grandeur”.

“Your stories are fairy-tales about the forgotten, the ignored, the excessive, those who do not have a users manual,” read the letter.

“By capturing these characters, you give them a place, you save them, for those who aren’t talked about don’t exist.”

The award will be presented at the Directors’ Fortnight opening ceremony.

A regular on the Croisette, Kaurismäki was last in Cannes in 2011 with the Palme d’Or contender Le Havre.

He first attended Directors’ Fortnight in 1987 with Shadows In Paradise – a love story between a truck driver and a supermarket cashier — and returned in 1994, with the 1960s-set road movie Tatjana.

The Carrosse d’Or prize was launched by the SFR in 2002 to celebrate directors whose films are “innovative”, “audacious” and “uncompromising” in their mise-en-scène and production.