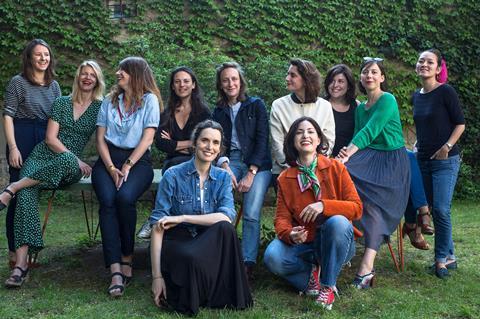 Their aim is to roll out the pledge to other festivals around the world in the coming months.  Its key commitments include the compilation of statistics to record the gender of the filmmakers and key crew of all submissions; a promise to improve transparency around selection processes by publicly listing the members of its selection and programming committees, and to work towards parity on their executive boards.

The movement said the aim of the transparency clause was “to eliminate any suspicion of a lack of diversity and parity while allowing the festivals to fully pursue their editorial and strategic choices. But the pledge stops short of asking for 50:50 parity in the selections, in line with most women in the business that festival quotas are the way forward.

The ceremony will kick-off a larger meeting to discuss next steps in the campaign for better female representation in the film industry, bringing together key figures from the 5050x2020 collective with other gender equality movements taking shape in the post-MeToo era including Time’s Up in the US and the UK, Italy’s Dissenso Comune, Spain’s CIMA and Greek Women’s Wave.

French Minister of Culture Françoise Nyssen and Frédérique Bredin, president of the National Cinema Centre (CNC), will also assist at the ceremony.

Nyssen will also announce details of a three-day international Conference for Equality – aimed at female and male professionals from across the world - due to take place in Paris at the end of June.

France’s 5050x2020 will also unveil its first study detailing gender data for the Cannes Film Festival across its 71 editions, showing that there have been just 82 films directed by women in Competition in Official Selection since 1946, including seven in mixed-gender teams, against 1,645 by men.

The 5050x2020 movement launched this spring and was spearheaded by the Le Deuxième Regard, one of the first gender parity activist groups to launch in France.

It gathers some 600 cinema professionals from across the creative arts and the French film-making world including Rebecca Zlotowski, Robin Campillo, Céline Sciamma, Jacques Audiard, Agnès Varda as well as Adèle Haenel, Aissa Maiga, Lea Seydoux, Pierre Deladonchamps and Virginie Efira. On the industry side, members include producers Girls of the Son producer Didar Domehri as Le Deuxième Regard founders, sales agents Berenice Vincent and Delphyne Bess as well as producer Julie Billy.

The action tank aims to push forward the campaign for equality and inclusion in the film industry through research, deep discussion on the issue, lobbying and campaigning within the cinema business.

Key planks of its strategy include monitoring the gender split across festivals, production spending and public funding and producing data and then proposing mechanisms, programmes to balance exposed inequalities.

The collective was founded on the key principals that equality restores the balance of power, diversity deeply changes representations and the opportunity to work in an egalitarian and inclusive environment will “promote profound creative renewal”.