EXCLUSIVE: Films by Petri Kotwica and Jan Prusinovský are among four new titles acquired by Media Luna New Films ahead of next week’s Cannes Marché. 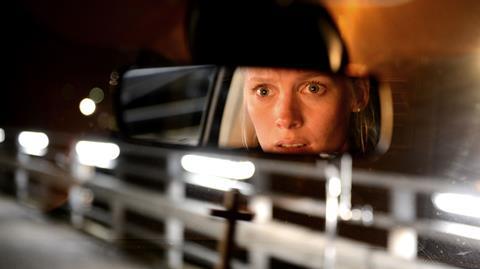 Ida Martins’ Cologne-based outfit is also handling international sales for veteran director Stijn Coninx’s feelgood drama Marina, based on the childhood memories of the Italian-Belgian singer Rocco Granata, which has been selected for the Cannes Écrans Juniors competition this year.

Pre-sales are underway on the first project from this deal, the sci-fi thriller SUM1.

The action thriller will star Til Schweiger, whose company Barefoot Films will co-produce with Warner Bros. and public broadcaster NDR.

It will reunite the German multi-talent with Alvart after their first collaboration when Schweiger was introduced to German TV audiences in 2013 as the hard-hitting Hamburg detective Nick Tschiller in Willkommen in Hamburg as part of the ARD network’s highly popular Tatort crime series.

Nick - Of Duty is now following in the tradition of another legendary Tatort detective, Schimanski, by making the leap to the big screen.

Global Screen, who has Alvart’s Bonnie & Clyde drama Banklady on its books, will also be in Cannes with Alvart’s latest feature film, the road movie comedy Half Brothers, as a market premiere in the ¨New German Films¨ showcase.

Films by Margarethe von Trotta, Tom Sommerlatte and Bettina Blümner are among 15 market premieres programmed in the ¨New German Films¨ showcase in Cannes’ Olympia Cinema between May 15-20

Wild Bunch will have the first market screening of von Trotta’s The Misplaced World, which had its world premiere in the Berlinale Special sidebar in February, while the new Berlin-based sales agent Pluto Film will present three titles acquired after their premieres at the Max Ophüls Prize Film Festival in January: Marc Brummund’s Sanctuary, Gerd Schneider’s The Culpable and Sebastian Ko’s We Monsters.

In addition, Tom Sommerlatte’s Summer Downstairs (ARRI World Sales), which was the opening film at the 25th edition of this week’s Filmkunstfest Schwerin, and Jonas Grosch’s independent production Beste Freunde (Achtfeld) will have their first exposure at a market in Cannes.

However, it was passed over in the top category for Best Feature Film, although nominations were received for Best Male Lead (for Christian Friedel’s portrayal of Georg Elser), Best Supporting Actor (Burghart Klaußner) and DoP Judith Kaufmann, among others.

Other films in the running for Lolas include Burhan Qurbani’s We Are Young, We Are Strong, Fatih Akin’s The Cut, Dominik Graf’s Oscar candidate Beloved Sisters, and Baran bo Odar’s hacker drama Who Am I - No System Is Safe.

Laura Poitras’ portrait of Edward Snowden in Citizenfour was nominated in the Best Documentary category alongside Hubertus Siegert’s Beyond Punishment and Sebastian Dehnhardt’s portrait of the German basketball player Dirk Nowitzki in Nowitzki - The Perfect Shot.

Veit Helmer’s Fiddlesticks will be vieing with Neele Leana Vollmar’s The Pasta Detectives for the Lola given for the Best Children’s and Youth Film.

The German Film Awards include cash prizes amounting to almost €3m being distributed among the winners.

Nomination premiums of €250,000 have already been awarded to the six nominated feature films, €125,000 to the two children’s films, and €100,000 to the three nominated documentaries.

The nomination premiums are intended as a contribution towards the financing of a new film project by the nominated film’s producers.

The Lola statuettes will be handed out at a gala ceremony in Berlin on June 19.

A complete list of nominees can be found at www.deutscher-filmpreis.de.