Cannes: Mongrel to sell Japanese rock doc 'We Are X' 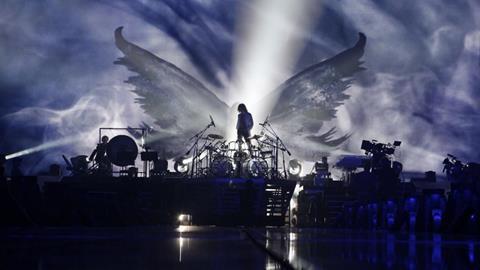 New York-based Mongrel International has secured international sales rights (excluding US, Canada and Japan) to Japanese rock band documentary We Are X and will bring it to market for the first time at the Cannes Marche next week.

The film centres on renowned heavy metal band X Japan, which sold more than 30 million records before they broke up in 1997. The band reunited a decade later.

The deal was brokered by Chantal Chateauneuf for Mongrel International and by Preferred Content and WME Global on behalf of the filmmakers.

We Are X, directed by Stephen Kijak (Backstreet Boys: Show ‘Em What You’re Made Of), debuted in competition at Sundance in January where it was awarded the special jury prize for editing and screened at SXSW in March, where it won an audience award.

The film was produced by John Battsek of Passion Pictures, producer of Oscar-winning documentaries Searching For Sugar Man and One Day In September.

We Are X will have its international market premiere in Cannes on May 14.

Director Kijak said: “For me, the film moves beyond the rock-doc paradigm into a zone that’s more emotional, tragic, bizarre, and ultimately inspiring.

“I can’t think of a better home for the film - we are all thrilled to be working with Charlotte and the entire Mongrel team to bring the story of this extraordinary band to the masses.”