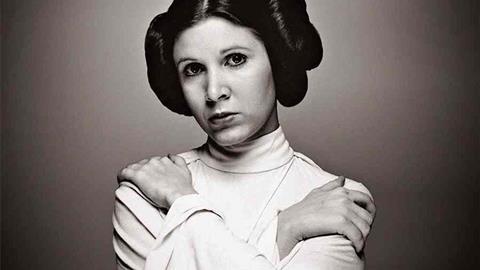 A statement released on behalf of her daughter Billie Lourd said: “It is with a very deep sadness that Billie Lourd confirms that her beloved mother Carrie Fisher passed away at 8:55 this morning.”

“She was loved by the world and she will be missed profoundly. Our entire family thanks you for your thoughts and prayers.”

Fisher suffered a heart attack on a flight from London to Los Angeles on December 23. She died in hospital.

Fisher was the daughter of Hollywood stars Eddie Fisher and Debbie Reynolds and started performing when she was just 15 in the Broadway musical Irene.

Her film debut was the classic comedy Shampoo, opposite Warren Beatty and Julie Christie in 1975, but it was her next role in Star Wars: A New Hope that made her a global superstar. Fisher’s spirited turn as the no-nonsense Princess Leia helped make Star Wars the highest grossing film of all time at the box office in 1977, and she would reprise the role for three sequels.

During the next decade she appeared in The Blues Brothers and Woody Allen’s Hannah And Her Sisters, and also became a bestselling author with her classic semi-autobiographical novel Postcards From The Edge.

Fisher was candid about her bipolar disorder and addictions to cocaine and prescription medication, and earned an Annual Outstanding Lifetime Achievement Award in Cultural Humanism from Harvard for her mental health activism.

She is survived by her daughter Billie Lourd, mother Debbie Reynolds, her brother Todd Fisher; and her half-sisters, Joely Fisher and Tricia Leigh Fisher.