Charlie Chaplin documentary in the works from 'Notes On Blindness' team

Notes On Blindness co-directors Peter Middleton and James Spinney are teaming up again for Chaplin (working title), a feature documentary about one of cinema’s most iconic individuals. 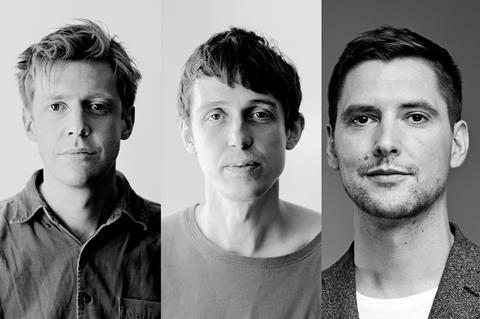 Mike Brett of UK outfit Archer’s Mark, a producer on Notes On Blindness, will produce Chaplin with Ben Limberg of Smaller Biggie and John Battsek of Passion Pictures.

The team have gained access to Chaplin’s personal archive and will use previously unseen footage and audio recordings to tell the story of Chaplin’s life, from his impoverished childhood to his Hollywood fame.

Altitude is handling international sales, US network Showtime is handling rights in North America. Altitude will also release the film in the UK and Ireland through its distribution label.

The project is being funded by the BFI, Film4 and Showtime. Further support comes from the BFI National Archive and Chaplin’s World, a museum in Switzerland where latter parts of the documentary will be shot.

Peter Middleton and James Spinney said: “We feel incredibly lucky to have been welcomed by the Chaplin family into their archives. To find new perspectives on the life and work of one of the icons of the 20th century, who has left an indelible mark on popular culture, is a huge and exciting challenge.”

Will Clarke, chairman and co-CEO of Altitude added: “Chaplin will be the definitive story of one of the world’s biggest and most powerful stars whose extraordinary life courted adulation and controversy.”