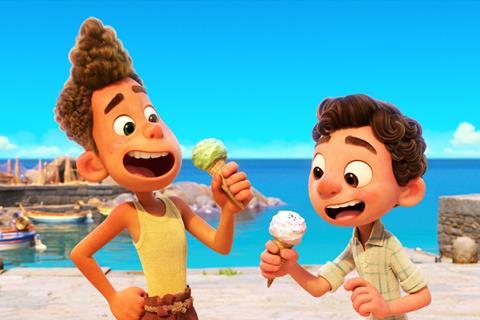 Disney/Pixar’s Luca grossed $5.1m in its opening three days (August 20-22) at the China box office, according to figures from Artisan Gateway, coming in second while Benny Chan’s Raging Fire stayed on top.

Raging Fire, which opened on July 30, grossed a further $12.2m over its fourth weekend, for a cumulative total of $145.7m. The action picture starring Donnie Yen and Nicolas Tse also opened in Hong Kong, the home of its late director, on August 19.

Piracy may have affected Luca’s opening numbers as the film has been available on piracy networks since Disney Plus started streaming the film in June. The first US studio film to open in China for ten weeks, the animation is receiving a favourable response from Chinese netizens, scoring a 9.1 rating on Maoyan and 7.3 on Douban. Disney/Pixar’s Soul grossed $58m at the China box office earlier this year.

Total box office for the weekend stood at only $27.1m, compared to $50.7m the previous weekend, reflecting the lack of new releases and the fact that a portion of China’s cinemas remain closed due to isolated outbreaks of the Delta variant of Covid-19.

This weekend sees the release of two US films – Lionsgate’s Chaos Walking, directed by Doug Liman and starring Tom Holland, and 20th Century Studios’ Free Guy, directed by Shawn Levy and starring Ryan Reynolds. Disney’s Shang-Chi And The Legend Of The Ten Rings, which stars Asian actors such as Simu Liu and Tony Leung Chiu-wai, is listed on Douban for September but without a firm date. Black Widow has still not been dated.