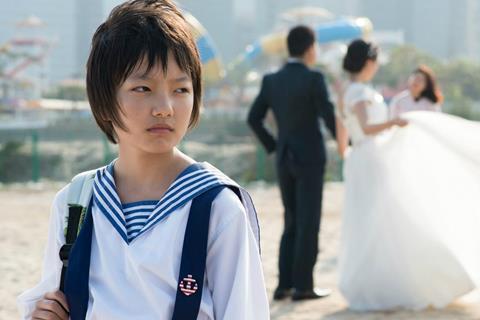 Qu also won the Peter Brunette Award for best director, as well as the best actress prize for Meijun Zhou.

Best actor was Thomas Gloria from Custody. The Best screenplay award went to Laurent Cantet and Robin Campillo for The Workshop.

Among the documentaries, best feature went to Bing Liu’s Minding The Gap, best director went to Mila Turajlic for The Other Side Of Everything, best editing went to Kieran Gosney and Dino Jonsäter for Time Trial, and the best cinematography prize went to Julian Schwanitz for Donkeyote.

The overall audience award went to In Pursuit of Justice by Gregg Jamback, which tells the story of Greg Taylor, a North Carolina man wrongly accused of murder whose case brought about the establishment of the North Carolina Innocence Inquiry Commission.

“We had more than 2,000 submissions for our 2018 Festival and we had many difficult choices to make in completing the program,” RiverRun executive director Rob Davis said. “The juries were very impressed with our competition films and agreed it was difficult to make their final decisions.”

In its 20th anniversary year, the festival presented 165 films from 40 countries. Entries included Bart Layton’s Sundance hit American Animals as one of RiverRun’s opening night films. The film is set in Kentucky but was shot near Charlotte, North Carolina.

The two Masters of Cinema attending and speaking this year included actress Piper Laurie (who presented her classic The Hustler), and editor-director Chuck Workman, who presented his film What Is Cinema?