Cinema Libre Studio picks up 'Days of Grace' for US

Everardo Gout’s feature debut premiered at Cannes 2011 and will be released day-and-date in cinemas and on HBO on May 1. 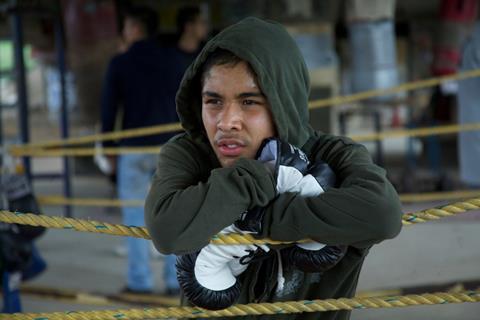 Everardo Gout’s feature debut premiered at Cannes 2011 and will be released day-and-date in cinemas and on HBO on May 1, with DVD/Blu-ray and On Demand releases on May 5.

Winner of eight Ariel awards, Days of Grace is set in Mexico City over 12 years and weaves together three tales of kidnappings for ransom that take place during consecutive World Cup tournaments.

Cinema Libre’s chairman Philippe Diaz, who acquired the film, commneted: “When I saw the film at Cannes I was mesmerised by the creativity of the director. I’ve not seen such a brilliant achievement in the last ten years. As we focus on acquiring films with a social message, we were thrilled to become involved with this one, which conveys a message within the construct of a smart, action film.”

He continued: “After the Mexican release and rights issues were worked out, we worked closely with the Gout brothers to shorten the film for American audiences.  It turns out the timing of a 2015 US release is fortuitous since many more Americans became aware of the violence going on south of the border due to the mass kidnapping in Iguala.”

Days of Grace has already received theatrical releases in Mexico, France and the UK, among others.