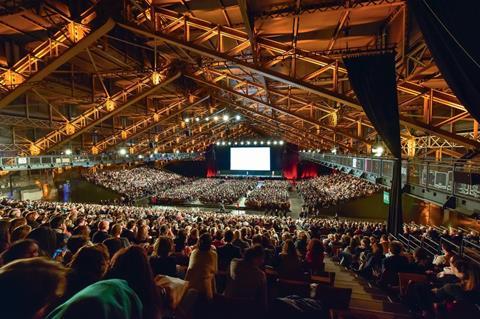 Cannes Film Festival delegate general Thierry Frémaux, who is also director of the Lumière Institute in Lyon, and Bertrand Tavernier, the institute’s long-time president,  have published an open letter on the future of cinema.

Coming in the wake of the Covid-19 pandemic, and to mark the reopening of the institute’s onsite theatre, the pair’s letter heralded green shoots of recovery for France’s distribution and exhibition sector as the French population returns to work and school after the long summer break, for the traditional September rentrée.

“As September approaches, there is every reason to believe that with the arrival of new beautiful films the spectators will return too,” Fremaux and Tavernier wrote.

The pair broached the debate over the future of cinema in the light of the pandemic, which has forced cinemas to close and seen numerous films previously destined for the big screen hit platforms instead.

“This rentrée will enable us to better understand the real future prospects for exhibitors, distributors, producers and filmmakers. These prospects are in our hands, your hands. In spite of alarmist predictions, cinema still exists, it never left us,” they wrote.

“The platforms are essentially a new form of television which cohabit with cinema in exactly the same way as the old one did. We hope they’ll still be spoken about in 125 years, which is the age in 2020 of the Lumieres’s cinema.”

The institute’s complex, which is situated on the sites where cinema pioneers Auguste and Louis Lumière lived and worked, houses a museum, archives, library and the Hangar du Premier theatre devoted to classic cinema.

The institute also runs three arthouse venues across Lyon which have been open since June 22, when French cinemas were allowed to reopen again after 14 weeks of enforced closure.

Frémaux and Tavernier said visitor numbers for the museum and library, which were also open over the summer, had nearly been on a par with 2019. The institute has kicked off this autumn’s classic film programme with a series of screenings bannered Face B, showing the less celebrated works of iconic directors including Jean Renoir, Federico Fellini and Michelangelo Antonioni.

As the Lumiere Institute ramps up its activities, the recovery of the French box office is on a knife-edge. Cinema attendance has been climbing over the last two weeks – albeit from historically low levels – but a rise in Covid-19 cases in France could dampen that resurgence.

The French government passed a decree over the weekend making the wearing of masks obligatory from August 28 for cinema spectators while they’re watching a film. Before then, they had only been obligatory in the foyer and while circulating about the theatre.

It follows recent directives ordering people to wear masks in the streets of Paris as well as many other major cities and towns across France as the country battles to contain the recent spike in cases.

Frémaux and Tavernier got behind the decree, saying mask-wearing was now simply a fact of life. “We will watch our films with masks, talk in the street with masks and when we dine with friends, we’ll take care. And when better days arrive, we’ll remember with emotion that we stood fast.”

The institute is also gearing up for the 12th edition of its annual cinema heritage festival, the Lumière Festival, which is scheduled to run October 10-18.

The event will hold particular significance for Frémaux who was unable to physically hold the Cannes Film Festival in May due to the Covid-19 pandemic. Some of the titles in the Cannes 2020 Official Selection are expected to play at the festival.

“We’ll soon be announcing the programme and opening bookings,” Fremaux and Tavernier wrote. “We want to express our optimism and convictions and show the fighting spirit – we’re going to need to muster all our energy and to understand this new world that surrounds us.”