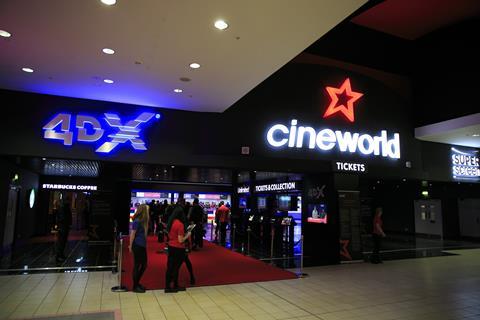 CinemaCon will present Anthony Bloom, the chairman of Cineworld Group plc, with its Lifetime Achievement Award in Las Vegas next month.

The South Africa-born international private equity investor is one of the founding shareholders of Cineworld Group and has served as chairman since its inception in 1996.

Cineworld Group is the world’s second largest cinema chain, with 9,538 screens across 793 cinemas in 10 countries including the US and the UK.

Bloom was educated at the University of Witwatersrand in Johannesburg, Harvard Law School, and the Stanford Graduate School of Business.

Prior to his move to London in 1988, Bloom was chairman and chief executive of The Premier Group, one of South Africa’s biggest diversified industrial enterprises.

Cineworld recently withdrew its support for Bafta in the UK, where it is enjoys the largest market share of any exhibitor, after it cited dissatisfaction over eligibility requirements in the wake of the awards success of ROMA, the Participant Media drama that Netflix acquired for the world. Bafta members are currently unable to use their membership cards to watch films at Cineworld sites.

CinemaCon will take place from April 1-4 at Caesars Palace.