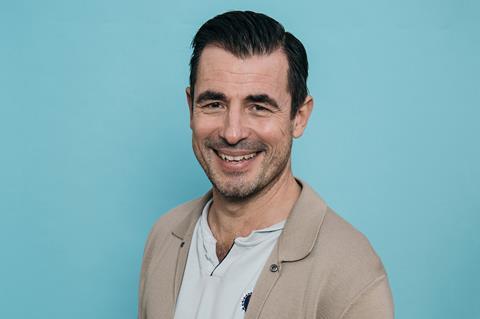 Claes Bang, the breakout star of Ruben Östlund’s Palme d’Or-winning The Square, will play the lead in neo-noir thriller The Burnt Orange Heresy.

Bang joins Elizabeth Debicki and Christopher Walken in the project, which is being directed by Giuseppe Capotondi (The Double Hour).

HanWay Films is handling international rights and will introduce the film to buyers in Cannes. UTA Independent Film Group is managing the US sale.

Set in Italy in 1970, The Burnt Orange Heresy follows an American art critic (Bang) who hooks up with a provocative woman who is touring Europe (Debicki). The new lovers travel to the Lake Como estate of an art collecting lawyer (a role still being cast) where the critic is offered a seductive deal – in exchange for a career-transforming introduction to Jerome Debney (Walken), the J.D. Salinger of the art world, he must steal a new masterpiece from the artist’s studio for the lawyer’s personal collection.

Scott B. Smith has written the screenplay, adapted from a novel by Charles Willeford. Producers are David Zander of MJZ (Spring Breakers), William Horberg (The Kite Runner) through his company Wonderful Films, and David Lancaster (Whiplash) through Rumble Films. Aeysha Walsh from MJZ and Stephanie Wilcox from Rumble Films are serving as executive producers.

The film is in pre-production ahead of a shoot this summer in Italy.

HanWay Films MD Gabrielle Stewart commented: “It is a luxury to get the perfect casting for a film, and even more thrilling to see a sexy pairing come together, like Elizabeth Debicki and Claes Bang. They are two of the most desirable international rising stars and pitch perfect leads for Capotondi’s Italian set thriller.”

Bang is represented by UTA, by Sharkey & Co in the UK and Ute Bergian in Germany. The actor’s upcoming roles include The Girl In The Spider’s Web alongside Claire Foy.