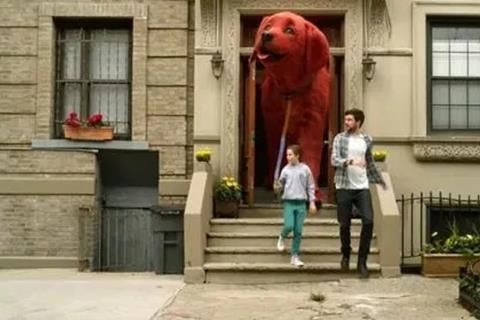 Clifford The Big Red Dog has been pulled from its Toronto International Film Festival (TIFF) berth a week after Paramount removed the family film from the US release calendar.

In a statement eOne said, “Clifford The Big Red Dog, originally set to be released theatrically across Canada by eOne on September 17, timed to the same day as Paramount’s US release of the film, has now been postponed. Due to this change the film will no longer be able attend this year’s Toronto International Film Festival. We will keep you apprised as a new release date for the film is confirmed.”

Walt Becker’s film starring Darby Camp, Jack Whitehall, John Cleese and Sienna Guillory was set to premiere as a Gala Presentation at TIFF and had been tracking well in the run-up to its release.

Paramount executives pulled it from the schedule amid a surge in the Delta variant across parts of the United States that is fuelling greater hesitancy among cinema-goers.

TIFF runs September 9-18 this year as a hybrid in-person and virtual festival.