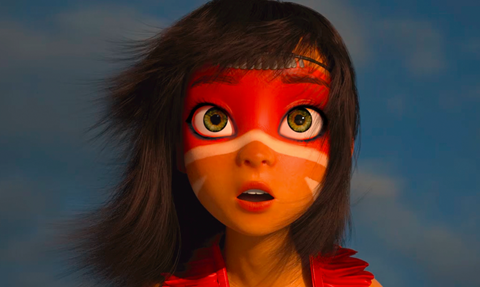 Cinema Management Group (CMG) chief Edward Noeltner has declared AFM one of the best markets of the year for his Beverly Hills-based company as buyers continued to flock to the animation slate.

Leading the pack is Peruvian feature Ainbo – Spirit Of The Amazon (pictured), which sold to CDC United Network for all rights in Latin America, Top Film for Russia and many former CIS territories, and Benelux to longtime CMG animation distributor eOne.

Telepool acquired Germany, Austria and Switzerland prior to the market. CMG launched sales in Berlin and has pre-sold the title to 20 distributors in what Noeltner said has been one of his company’s best pre-sales titles since Hoodwinked – The True Story Of Little Red Riding Hood, which grossed more than $110m worldwide.

Peru-based Tunche Films’ Sergio Zelada and Cesar Zelada produced Ainbo and Jose Zelada will direct from a screenplay by Brian Cleveland and Jason Cleveland (Seal Team), based on an original story by Jose Zelada about a young girl who grows up in an Amazon threatened by deforestation and illegal mining.

“Ever since we met the Zelada brothers at Ventana Sur last December, we were convinced Ainbo could become a successful, commercial property, thanks to its themes and its indigenous character designs which have a universal appeal,” Noeltner said.

CMG’s 3D CGI Mission Kathmandu – The Adventures Of Nelly And Simon screened at the AFM and has gone to Top Film for all former CIS territories, and Snap for pan-Latin pay-TV rights. Quebec-based 10th Avenue’s Nancy Savard produced and the film is set to receive its Canadian theatrical premiere via Films de Seville in 2018.

Triggerfish Animation’s third animation Seal Team is earmarked for principal animation in South Africa in March and a deal with Ascent Film for China means it has pre-sold to more than a dozen international buyers.

Noeltner and CMG vice-president of sales and operations Dené Anderberg licensed final territories on awards season contender Loving Vincent, which stands at more than $8.5m worldwide with releases scheduled in a further 25 territories. MVP picked up the film for Malaysia and Indonesia, Balun Pictures for central America, and V&R Films for Peru.

The world’s first full-length hand-painted animation produced by BreakThru Films and Trademark Films won the best animated feature award in Shanghai in the summer and earned audience awards in Annecy and Sao Paulo.

The European Film Awards best animated feature nominee is in US theatrical release via Good Deed Entertainment and crossed $3m last weekend. It has generated more than 250,000 admissions in Poland in four weeks, and more than 150,000 in Italy. Dorota Kobiela and Hugh Welchman co-directed.