'Concrete Night', 'They Have Escaped' win in Helsinki

Pirjo Honkasolo’s Concrete Night and J-P Valkeapään’s They Have Escaped were among the winners at the Finnish Film Week (Sept 18-24) in Helsinki. 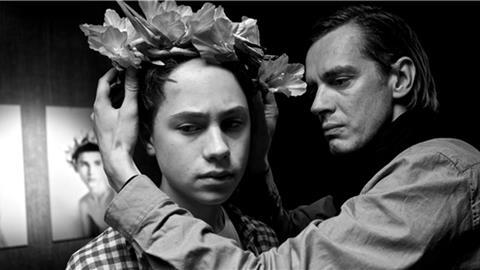 Helsinki-Filmi’s Aleksi Bardy was named Producer of the Year for They Have Escaped, for which J-P Valkeapään was named Director of the Year.

Ville Jankeri revealed to Screen that he has wrapped shooting on his second feature, the comedy Golddigger about a fashion blogger (Minka Kuustonen) who is broke and the heir to a large fortune (Olavi Uusivirta) who wished he was a regular guy, but isn’t.

The screenplay for the film – which will be released by Nordisk Film on March 25, 2016, - was penned by Pekko Pesonen whose writing credits include The Grump and Lapland Odyssey

Moreover, Solar Films is planning a sequel of Reunion, its successful remake of the Danish box-office hit Klassefesten, to be directed again by Taneli Mustonen.

Directors Hal Hartley and David Gordon Green are to receive the Indie Star Award at this year’s American Film Festival (Oct 20-25) in Wroclaw in recognition of their outstanding contributions to the American indie film canon. Past winners have included Todd Solondz, Jerry Schatzberg, Christine Vachon, and Whit Stillman.

The Silver Nanook for the Discovery of New Subjects and New Heroes went to Romanian Alexander Nanau for Toto And His Sisters, while the award for Original Artistic Solution was presented to Ivan Osnovikoff and his wife and co-director Bettina Perut for the Chilean-German co-production Surire.

Special Jury Mentions were made of Mehdi Ganji’s I Want To Be A King, Alexandra Likhacheva’s Long. Black, Cloud Is Coming Down and Sean McAllister’s A Syrian Love Story, with the Audience Award going to Ioanis Nuguet’s Spartacus and Cassandra.