Industry leaders from Toronto’s Hot Docs, Sheffield’s Doc/Fest, Channel 4 and the BFI will be in attendance. 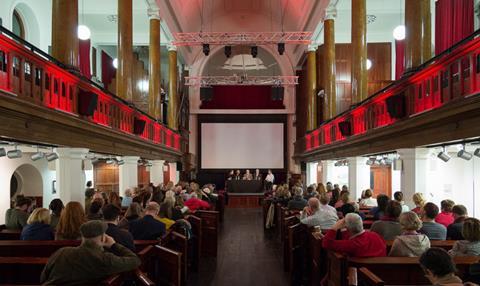 Documentary film-making, alternative funding and audience engagement methodologies will be the primary topics of the event. Industry leaders from Toronto’s Hot Docs, Sheffield’s Doc/Fest, Channel 4 and the British Film Institute will be speaking.

The industry event will take place on November 17-18, at the River Lee Hotel and will be divided into two individual focuses:

Alt.Fund will explore innovative and non-traditional models for financing and increasing audience engagement. From working with brands, nonprofits and creative agencies to lessons in targeting audiences and securing distribution, the session aims to revolutionise the way film-makers think about getting projects financed and seen.

Speakers at Alt.Fund will include: Luke Moody (Director of Film Programming, Sheffield Doc/Fest), Pegah Farahmand (Comissioning Editor, All 4 Editor, Random Acts Channel 4), and Matt Diegan (Producer, Just So London). It is presented with the support of the Broadcast Authority of Ireland and Screen Training Ireland.

Doc Day is for established film professionals and brings together Irish and international industry leaders to discuss the landscape in which projects are conceived of, developed and distributed.

The day will address agenda-setting issues and explore festival programming, commissioning and distribution, opening these considerations out with case studies.

“I am grateful for the continued support of the Broadcast Authority Ireland and Screen Training Ireland for the Festival’s Industry Programme,” said James Mullighan, creative director of the Cork Film Festival. “And myself and the team are delighted to be working so closely with the Irish Film Board on our exciting new initiative, Doc Day.”

“This new day perfectly complements the festival’s increased activity in the field of documentary; nearly 50% of the entire programme is documentaries,” he went on to say. “It’s wonderful that we have been able to attract so many big names to Cork for the programme, and great for emerging and established filmmakers alike to have the opportunity to meet and discuss filmmaking with these leaders in their fields.”

Doc Day is presented in partnership with the Irish Film Board and with the support of Screen Training Ireland.