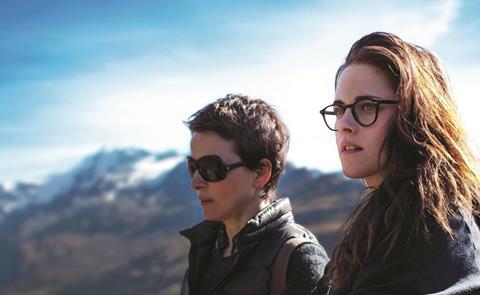 Curzon has acquired a raft of titles showcased at the Cannes Film Festival for release in UK and Eire.

The films include Palme d’Or nominated Clouds of Sils Maria, Olivier Assayas’ follow up to Something in the Air, which stars Juliette Binoche, Kristen Stewart and Chloe Grace Moretz. The deal was negotiated with MK2.

Set in the Swiss alpine lake district of Sils Maria, Binoche stars as an actress at the peak of her fame who is thrown into turmoil after a younger woman is signed to play a role that made her famous two decades previously.

The film and series follow a young author’s descent into the murky underworld of post-war Sweden. The deal was negotiated with Carole Baraton at Wild Bunch.

Deals for two documentaries were also finalised at the festival. Wim Wenders and Juliano Salgado’s Un Certain Regard Special Prize winning film Salt of the Earth follows the life and work of photographer Sebastiao Salgado and Gabe Polsky’s Red Army uncovers the history of the Soviet Union and its Ice Hockey team.

As previously announced, Curzon also acquired Cannes Competition films Two Days, One Night and Leviathan, which will both be released later in 2014.

Louisa Dent, MD of Curzon Film World, said: “It was a busy and successful festival for us, and we are very pleased to present our upcoming slate of films.”