Curzon to receive Bafta for outstanding contribution to cinema

Cinema chain and distribution label to be recognised at this year’s Bafta ceremony. 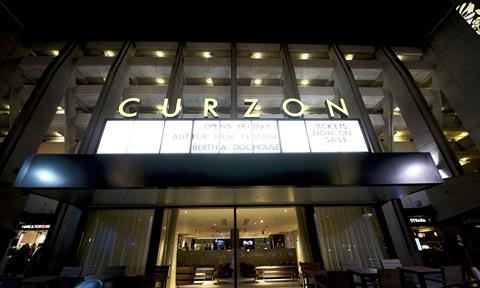 The innovative cinema brand opened in 1934 with the Curzon Mayfair and now has venues in Soho, Canterbury and Sheffield.

Philip Knatchbull, CEO of Curzon, said: “I’m delighted that Curzon’s contribution to film has been recognised by Bafta. Curzon has a long and proud history in the British film industry and many talented and passionate people have contributed to its success story over the years. We think of ourselves as champions of bold and visionary filmmaking from around the world supported by our growing network of cinemas and home cinema digital platforms.”

The outstanding British contribution to cinema award is presented annually in honour of Michael Balcon, the British film producer known for his work with Ealing Studios.

The Baftas will be held at the Royal Albert Hall in London this year and once again the ceremony will be hosted by Stephen Fry. La La Land leads the way this year with 11 nominations.