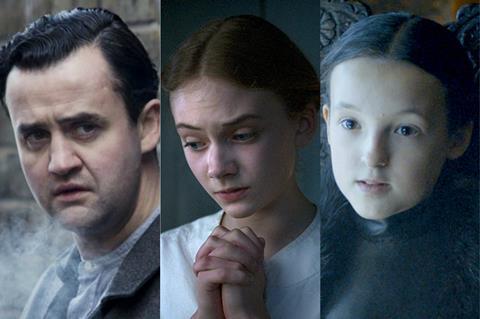 Daniel Mays (Rogue One: A Star Wars Story), Emilia Jones (Brimstone) and Bella Ramsey (Lyanna Mormont in Game of Thrones) are joining Samantha Morton (Fantastic Beasts And Where To Find Them) and Billie Piper (Doctor Who) in UK drama Two For Joy.

Blonde To Black Pictures’ Emma Comley (Buttercup Bill) and Sadie Frost (Set The Thames On Fire) will produce and finance the film along with business partner Andrew Green.

The film is part funded by an EIS fund managed by White and Company, and in collaboration with Kodak and Cinelab. Independent will handle international sales.

The film, which will be shot on Kodak 35mm film, is a coming of age drama following a daughter, her mother and her wayward younger brother as their relationship reaches critical mass.

The portrait of modern Britain seen through the eyes of a family in crisis shines a spotlight on issues affecting marginal communities, including young carers, mental illness and national identity.

Tim Sidell (I Am Soldier) will serve as the film’s cinematographer. The film will also introduce newcomer Badger Skelton.

Beard, who has previously directed music videos for FKA Twigs, Florence and The Machine, The Klaxons and Jessie Ware, stated: ”The talent and maturity of our young cast in response to a very emotional and intense script has been incredible. Watching them bring my characters to life has been truly moving.

Producers Sadie Frost and Emma Comley added: ”As producers we feel a responsibility to make strong and unique stories, Tom script is powerful and intensely moving and the story is hugely topical now with elements of forgotten Britain and aspects of mental health.”