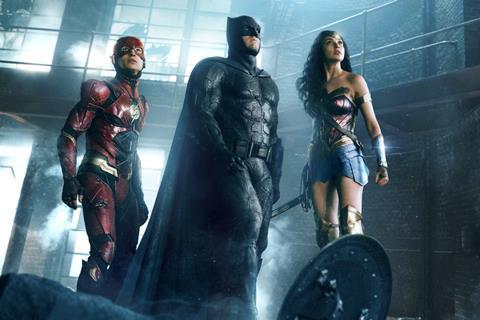 Hamada most recently served as executive vice-president of production at New Line Cinema, part of the Warner Bros. Pictures Group.

“Walter is creative, resourceful, and committed to excellence, and will bring those qualities to his oversight of our superhero films,” Emmerich said.

“He’s a terrific production executive and served as an executive producer on two of the summer’s most popular films, New Line’s IT and Annabelle: Creation. I’m confident Walter and Geoff, working with our filmmaking partners, will deliver films that will resonate with both broad global audiences as well as DC fanboys and fangirls.  Walter’s a great addition to the Warner Bros. Pictures team, and I look forward to working with him in his new post.”