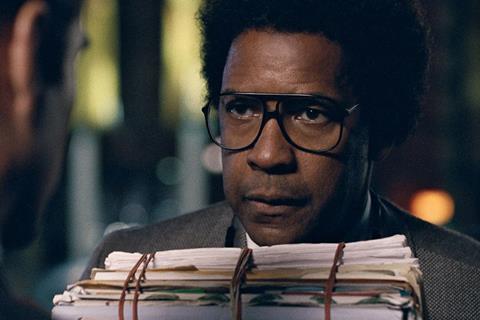 Roman J. Israel, Esq. is a dramatic thriller set in the underbelly of the overburdened Los Angeles criminal court system. Washington stars as a driven, idealistic defense attorney whose life is upended when a turbulent series of events challenge the activism that has defined his career. Colin Farrell co-stars as the ambitious, monied lawyer who recruits Roman to his firm.

“The Toronto International Film Festival has a wonderful history with both Dan Gilroy and Denzel Washington,” said Cameron Bailey, artistic director of TIFF. “Three years ago TIFF had the honour of premiering Gilroy’s directorial debut, Nightcrawler, at the festival. In addition to previously screening The Equalizer and presenting the world premiere of Training Day, which earned Washington an Oscar for best actor, the Washington-starring The Magnificent Seven was our Opening Night film last year. A project that teams up both of these remarkable creators is one not to be missed.”

Gilroy commented: “We always hoped to premiere at Toronto and couldn’t be happier that TIFF audiences will be the first to see the film. Thanks to Cameron and the entire Festival crew for embracing us and bringing Roman Israel to the world.”

The 42nd Toronto International Film Festival runs from September 7 to 17, 2017.