The fantasy project will be co-produced with local production outfit Yellow, Black & White. 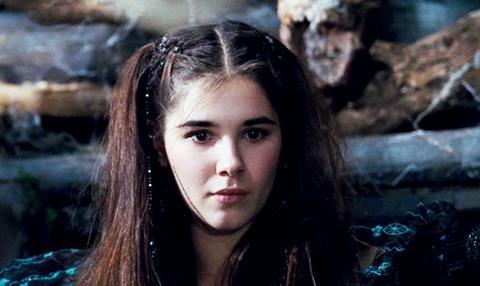 The Walt Disney Company has decided to resume ​​filmmaking in Russia through the announced release of a new fairy tale feature known as Last Hero.

According to Marina Zhigalova-Ozkan, CEO of Disney Russia, the film will be jointly produced by Disney and the Russian film studio Yellow, Black & White, one of Russia’s leading studios, specialising in the production of comedies.

According to Zhigalova-Ozkan, Last Hero will be a large-scale, special effects-driven film.

Zhigalova-Ozkan commented: “The importance of this film for the company in consistent with our plans to continue the tradition of filming Russian fairy tales. We are planning to use the most advanced technologies and the best filmmakers and actors of different generations, which should help to adapt Russian fairy tales to a modern cinematic language.”

“The experience of the The Book Of Masters, which was released as far back as in 2009 is a good example for us, as the film is still exhibited on TV, on different channels and it is still in high demand among Russian audiences. This project was very successful, despite the fact that prior to its launch there were many disputes about the prospects of the use of new technologies during cinematization of specific Russian fairy tales.”

Production is understood to be underway on the film with shoot taking place in Moscow and other regions. The premiere is scheduled for October 19, 2017 and discussions have begun with IMAX with a view to launching the film in the large-scale format.

The partners also plan to apply for state aid from the Russian State Cinema Fund.

The only previous Disney film produced in Russia was 2009’s The Book Of Masters [pictured], an $8m production which grossed $10.8m in the Russian market and was sold into 70 countries, mainly for television coverage.

At the time Disney intended to produce up to three such projects a year, however it decided to revise these plans in 2010.

Since 2010 the company has launched only two projects in the Russian market, the youth television series After School, which was produced in the partnership with the First Channel, and the almanac Happiness, It’s….

Alexei Katkov, a well-known Russian film director and an analyst in the field of film business, commented: “The decision of Disney to resume fillmmaking in Russia is good news for the Russian film industry and indicates some of the industry’s recovery from its crisis.

“Of course, the company has a staff of analysts, experts and forecasters, which have already estimated the financial prospects of the project, however, despite this, the production of a film about Russian fairy tales will inevitably pose international challenges.”

Meanwhile, in autumn of this year the company will launch a new anthology feature similar to last year’s Happiness, It’s… which was made by a series of first-time writers and directors.