Disney+ teams up with Sky for the UK and Ireland 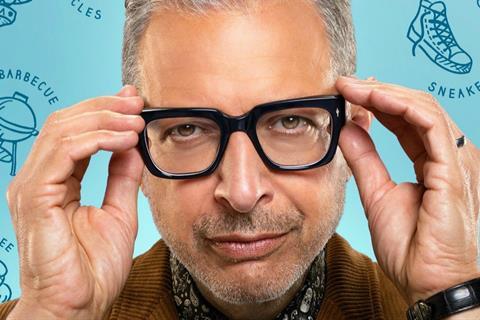 ‘The World According To Jeff Goldblum’

Sky and Disney have finalised a non-exclusive multi-year deal for SVoD service Disney+ in the UK and Ireland.

Sky Q subscribers will now be able to purchase Disney+ via the pay-TV operator as a standalone app, placing the streamer in front of 10m-plus customers.

Broadcast understands it will be available to Sky Q customers at the same time as the UK launch of Disney+ on March 24.

Disney+ will be made available to Now TV customers in the coming months.

The deal follows a string of partnerships struck by Sky with the likes of Warner, Netflix, BBC and BT Sport.

Sky has also secured a first-pay TV window for 20th Century titles, which Disney inherited as a part of its acquisition of 21st Century Fox assets.

The move ensures Sky Cinema customers can continue to access to new titles such as Le Mans ’66 and Terminator: Dark Fate.

“We’ve built a strong partnership with Disney over three decades and we’re pleased that our customers in the UK and Ireland can continue to enjoy their world-class content – all in one place on Sky Q,” said Sky group chief executive Jeremy Darroch.