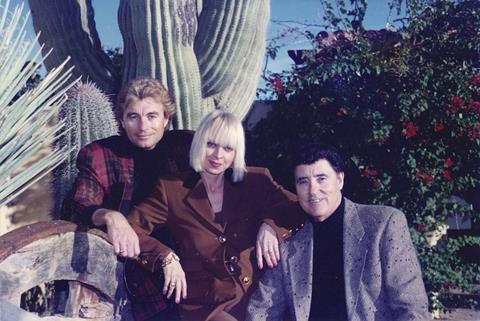 Israeli documentary festival Docaviv will run as a hybrid event from July 1-10, with screenings both in Tel Aviv’s cinemas and online.

It will play over 100 Israeli and international documentaries in both on-site and online screenings. All on-site screenings will run in compliance with local regulations at the time.

Cinemas in Israel are currently allowed to open with a maximum capacity of 75%, or 300 people per room. Cinemagoers are required to present a ‘green pass’ showing they have had two doses of a Covid-19 vaccine.

The festival has selected 13 documentaries for this year’s Israeli Competition, including nine world premieres.

Those nine include All The Trees Are Blowing In The Wind, from prolific documentarian Tomer Heymann, about a boy with Asperger’s Syndrome who embarks on a journey in search of his biological parents in Guatemala. Heymann’s previous films include 2018’s Jonathan Agassi Saved My Life, which won best Israeli Documentary at the Jerusalem Film Festival.

The Beyond The Screen strand was launched for last year’s festival; this year the strand will be presented in memory of Docaviv founder Ilana Tsur, who was director of the festival for its first decade and died last year.

Further Israeli titles across the festival will include music documentary The Eternal Flame, directed by Ranni Midyan, former member of Eternal Flame, the group that is the subject of the film; and Idan Glikzelig’s Depth of Field competition title State Of Emergency, a tragicomic look at Israel’s addiction to living in a perpetual state of crisis.

The international competition titles will be announced next month.

All The Trees Are Blowing In The Wind, dir. Tomer Heymann – world premiere

Beyond the Screen award