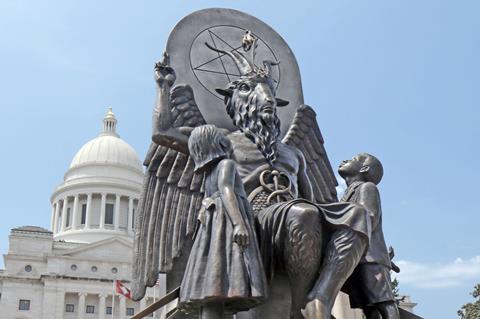 Magnolia Pictures International has announced a slew of key sales on its EFM slate led by a pair of deals with Dogwoof in the UK.

Roxanne Benjamin’s survival story Body At Brighton Rock has closed with Blue Finch in the UK, Volga for CIA, and At Entertainment for Japan. Magnet Releasing will launch the thriller in the US on April 26, the same day Mongrel will release in Canada. The thriller tells of an inexperienced park employee who discovers a body on a mountain trail and must stay with it overnight in the wilderness, facing her darkest fears in the process.

Magnolia Pictures International has licensed Hail, Satan?(pictured), Penny Lane’s documentary charting the rise of political movement The Satanic Temple, to Dogwoof (UK), Nonstop Entertainment (Scandinavia), and AMC / Sundance Channel (Africa). Magnolia will release the film in the US on April 19, and Mongrel in Canada on May 3.

Magnolia will release The Brink in the US on March 29, followed by the Canadian release through Mongrel on April 12.