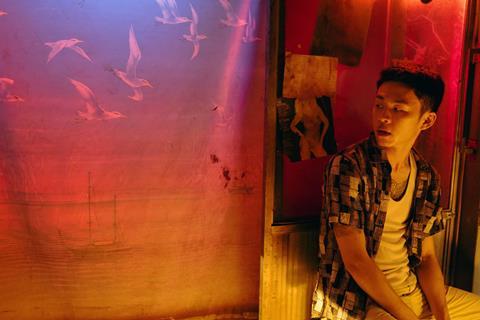 Oscar-nominated documentarian Feras Fayyad, Palestinian actress and director Hiam Abbass and Cannes Palme d’Or winner Ely Dagher are among the new grantees of the Doha Film Institute (DFI) in its spring 2018 funding round.

Fayyad has won backing for The Cave, the second film in a trilogy which began with his Oscar-nominated documentary Last Men in Aleppo, while Abbass has clinched funding for her second feature Girl Made of Dust, about a 10-year-old girl who escapes into her imagination to escape the ravages of war.

Dagher has won funding for Harvest his debut feature after Waves 98, which won the Palme d’Or for best short film in 2015.

The Qatari institution’s CEO Fatma Al Remaihi unveiled the diverse selection of 34 projects by first and second-time filmmakers from across the world to have secured funding in the spring round, on Thursday on the fringes of the Cannes Film Festival.

“The new grantees represent some powerful new and established voices in cinema from the Arab region and beyond, highlighting the remarkable leaps in creativity by our emerging filmmakers, and their innovative and bold approach to presenting our stories,” she said.

In additional DFI news, Al Remaihi revealed that the institution was opening-up future funding rounds to TV and web series by scriptwriters, producers and directors from the Middle East and North Africa region.

“We are marking a new chapter in our support with the expansion of our grants programme to include TV and web series – both of which have gained traction in the region,” she said.

Both new grants will be aimed at screenwriter/producers hailing from the Middle East and North Africa.

Breaking the 34 projects down, the institute noted that some 29 countries were represented in the selection, with 28 projects hailing from the Arab world. It added that

Afghanistan, Brazil, Bulgaria, China and Montenegro had won support for the first time.

Among the grantees is Un Certain Regard title Long Day’s Journey into Night by Chinese filmmaker Gan Bi.

Other previously awarded grantees at the festival this year include Un Certain Regard title Sofia by Meryem Benm’Barek and Directors’ Fortnight selections The Load by The Load by Ognjen Glavonić and Weldi by Mohamed Ben Attia.