Highlights include the UK premiere of Cars 3 and 17 world premieres. 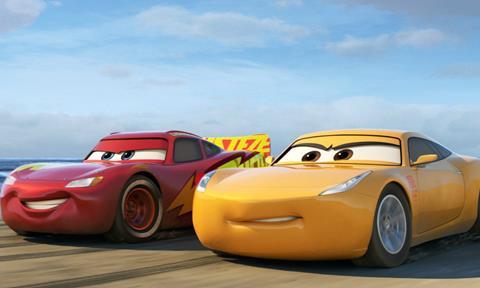 SCROLL DOWN FOR COMPETITION TITLES

The line-up for the 71st Edinburgh International Film Festival (EIFF) has been unveiled this morning by artistic director Mark Adams.

Highlights include the UK Premiere of Disney-Pixar’s animation Cars 3, appearances from Stanley Tucci, Oliver Stone and Kevin Bacon and the Opening and Closing Gala premieres of the previously announced God’s Own Country and England Is Mine.

There will also be a special screening of Raiders Of The Lost Ark accompanied by the Royal Scottish National Orchestra performing the score live.

Actress Kyra Sedgwick will also present her directorial debut Story Of A Girl and take part in a Q&A with the film’s star Kevin Bacon. Also taking part in In-Person events will be composer David Arnold (Casino Royale); actor Bernard Hill (Lord Of The Rings); director Lizzie Borden (Born In Flames); Richard. E. Grant; and actor Stanley Tucci whose Final Portrait will receive its UK Premiere at the Festival.

The competitive international competition highlights filmmaking from around the world that EIFF programmers term “imaginative, innovative and deserving of wider recognition”. They include:

This year’s nominees for the Audience Award, from across the programme, include: