EXCLUSIVE: Oscar-winning Ida producer Ewa Puszczynska is a co-producer on the Georgian-Russian drama. 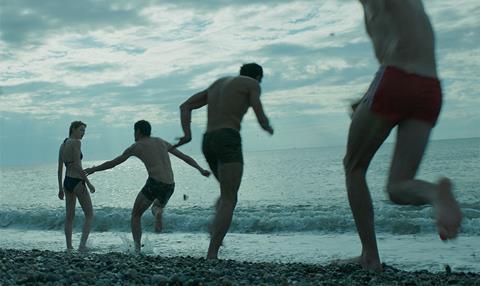 London-based sales agent WestEnd Films has acquired world rights to Rezo Gigineishvili’s drama Hostages ahead of the film’s premiere in the Panorama strand of the Berlin Film Festival (Feb 9-19).

Screen can also reveal an exclusive first image from the film [pictured top], which is based on a true story about a young couple who enact a dangerous plot to escape the Soviet Union. Irakli Kvirikadze and Tina Dalakishvili star, they both previously appeared in Georgia-set anthology feature Tbilisi, I Love You.

Oscar-winning Ida producer Ewa Puszczynska is a co-producer on the project through Polish outfit Extreme Emotions. Boris Frumin is also a co-producer.

The film was selected for the Sarajevo Film Festival’s CineLink Co-Production Market in 2015 and returned to the festival in 2016 to feature in CineLink Work-in-Progress.

WestEnd will be showing Hostages to buyers at the market, where it will be launching world sales.