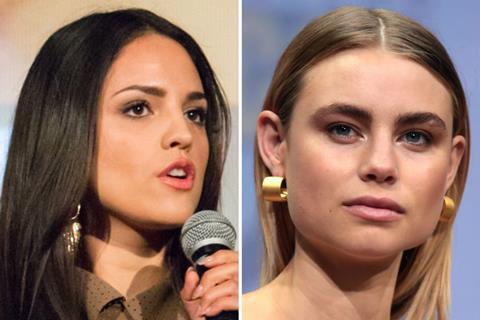 Highway, the thriller from Lotus Eaters director Alexandra McGuinness, has been picked up for international sales by UK outfit Carnaby International. CAA and Verve Ventures are co-repping rights for North America.

Written and directed by McGuinness and now in post-production, the film follows two women who live in a small desert town that has been bypassed by the wider world. Whilst Heidi (Lucy Fry) is happy to daydream her time away in between shifts at the local diner, Jane (Eiza Gonzalez) strives for a life she thinks she deserves. After Jane suddenly disappears, Heidi is forced to take control and set out to find her friend, only to discover a world where reality and the borderless expanses of the desert intertwine.

Producers are Dominic Wright from Ripple World Pictures and Anna O’Malley and Eammon Cleary from TW Films. Financing on the project came from GCI Films and the Irish Film Board.

The sales deal was negotiated by Adam Stanhope and Dominic Wright on behalf of the producers and by Tim Grohne and Andrew Loveday on behalf of Carnaby International, which will be shopping the title in Cannes.

“Highway is a rare discovery and a great example of a film that defines with such intimacy, the boundaries in which friendships live or die. We look forward to presenting footage which will give distributors a first glimpse of Alexandra’s remarkable film,” commented Carnaby’s Tim Grohne.