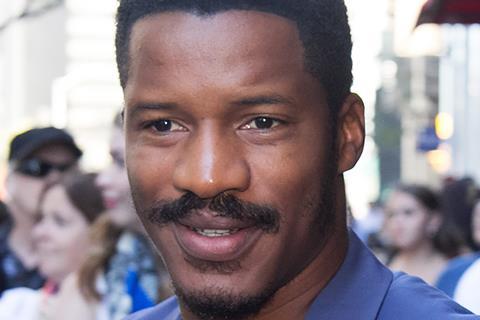 An emotional Nate Parker was in an apologetic mood as he addressed the press in Venice on Sunday afternoon (Sept 1) prior to the premiere of his second feature, American Skin, a late addition to the festival line-up.

Flanked by Spike Lee and producer Tarak Ben Ammar, Parker told his audience in Venice’s Hungaria hotel that he had been “tone-deaf to a lot of things around in the climate” at the time of the release of his debut feature The Birth Of A Nation (2016), when events in his personal life (in particular an allegation of rape during his student days) came under intense scrutiny.

“My response during that time obviously left a lot of people frustrated and angered a lot of people and I apologise to them. I am still learning and growing. I am still feeling the need to make films that speak to things that need to change in our country and in the world.”

Spike Lee, chairing the press conference, proclaimed American Skin to be a “masterpiece.”

“Honestly, I haven’t had a film that has affected me this deeply in a while. I said, ’Nate, if I can help you, tell me what to do.’ Then Nate and also had a very private conversation. I had to see where his head was. It was no joke what he had to go through.”

Lee also said that the Nate Parker story had “moved forward.” “Nate is in here. He is not hiding. He has answered all questions and we’ve got to move forward. That’s what I feel.”

Following its screenings in Venice, American Skin is due to screen to buyers in Toronto. Producer Tarak Ben Ammar implied strongly that his company Eagle Pictures could handle the Italian release.

American Skin is the story of janitor and Marine veteran Lincoln Jefferson (played by Parker), who takes a police station hostage after his teenage son is killed by a cop when their car is pulled up by two officers.

Asked by Screen International at the press conference how he hoped his career would now evolve, Parker briefly broke down.

“My hope from a legacy standpoint… I do have a lot of stories that I want to tell because I feel like the world is broken. It’s one thing if the world is broken. It is another thing if a generation has to inherit that world with nothing being done explicitly to fix it,” the actor-director answered. “My hope is that I can make more films that speak to times that need attention (and) in a way that inspires people to do better and challenges people around them to do better. I am very hopeful.”

“Please don’t misinterpret this film as (having) a pessimistic point of view. It is not pessimistic. It is just realistic,” he continued. “When Spike (Lee) and I go home, get off the plane and get in our car. Guess what, we are not going to be safe.”

“Gun violence needs attention in our country… what happened to the indigenous people in America, we need to know more about it and have an opinion about it. The plight of women globally - there are so many stories that have not been told,” Parker said to applause from an audience of international journalists. “It is my prayer that I will be able to tell more stories.”