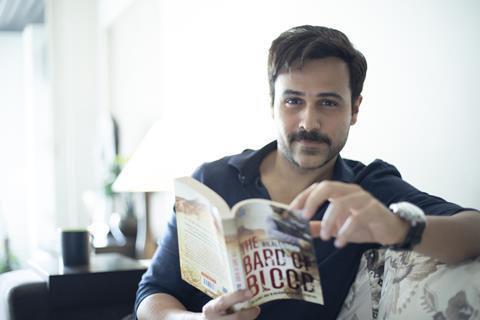 Based on a spy thriller of the same name, written by young Indian author Bilal Siddiqi, the series revolves around an expelled spy, Kabir Anand, who is recalled from his new life as a Shakespeare professor to save his country and long-lost love.

The eight-part adaptation will be shot on location in India with characters speaking in Hindi, Urdu, English and other languages.

Netflix also has a long-term deal with Red Chillies under which it has exclusive global SVOD rights to both new and library titles produced by the company and starring Khan. Signed in December 2016, the deal has included titles such as Dear Zindagi, Happy New Year, Dilwale and Om Shanti Om.

Hashmi has starred in mainstream Hindi hits such as Murder and Gangster, but his credits also include more story-driven or independent features such as Shanghai, The Dirty Picture and Once Upon A Time In Mumbai.