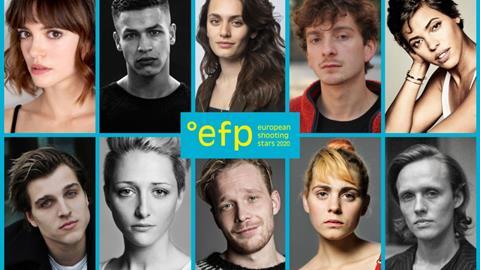 The 10 young actors selected for this year’s European Shooting Stars has been unveiled.

European Film Promotion (EFP) has revealed the selection of upcoming talent, which will be introduced to international casting directors, producers and filmmakers at the Berlin Film Festival next month.

Rounding out the selection are Georgia’s Levan Gelbakhiani, a dancer who played the lead in Levan Akin’s Cannes drama And Then We Danced; Portugal’s Joana Ribeiro, who is set to be seen alongside Mark Wahlberg and Chiwetel Ejiofor in Antoine Fuqua TV series Infinite; Swiss actress Ella Rumpf, who played roles in Sympathy for the Devil and Raw; and Dutch actor Bilal Wahib, who starred in Paradise Drifters.

The group will take part in workshops and networking events from February 21-24.

The initiative, which has run since 1998, has previously showcased Riz Ahmed, Alicia Vikander, George Mackay and Carey Mulligan among others.

The 70th Berlin Film Festival will run February 20 to March 1.