The Nigerian film industry’s current “lack of tools and training is a challenge, but it provides a fertile ground for growth,” said Jared Murray-Bruce of media group Silverbird, kicking off the Nigerian International Film Summit at American Film Market (AFM) yesterday. 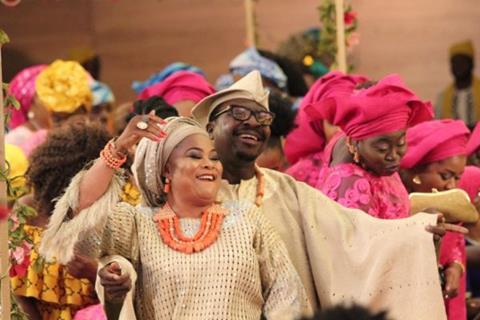 “Demand is unquestionable, supply presents an opportunity…Now is the time to invest in Nollywood,” he said.

Nigeria has a GDP of $500bn annually, with Nollywood representing 1.4% of that, or annual revenue of over $7bn. The Nigerian government pledged $200m to boost the film industry back in 2010.

Chijoke Uwaegbute from PwC estimated that 2,500 Nigerian films are made each year, but there isn’t enough infrastructure to maximize the potential of those films. Currently, the whole country has 32 cinemas (with 151 screens) to serve a population of 186 million.

“There are phenomenal opportunities for financing films and financing infrastructure,” Uwaegbute said.

The country’s highest grossing film has been The Wedding Party, which earned about $1.5m. “That’s only from 30 cinemas. Think about what could happen if we had 1,000 cinemas. There is huge opportunity,” he said.

He added, “We want venture capital funding to come into the Nigerian film market, you will get the bang for your buck.”

Opeyemi Ajayi of cinema chain Genesis added that there were opportunities beyond the current high-end cinema market. “There are massive numbers of people who still don’t go to cinema. Many of those people can’t afford the current cinema experience. We need to develop other basic cinemas that can unlock that market.”

Uche Nwuka from Nigeria’s Bank of Industry said the bank was very interested in creative industries investments, but needs to lower tis interest rates to single digits to better serve the sector.

Carl Dickerson spoke of the export potential of Nigerian films, particularly in the US. His fund will help Nigerian films reach the US audience with the right positioning and marketing, including promotion to black colleges and church networks. “The US is a perfect test bed for films from Nigeria, we’re not afraid of digesting other cultures.”

The NIFS continues through Sunday and will also address production and distribution.