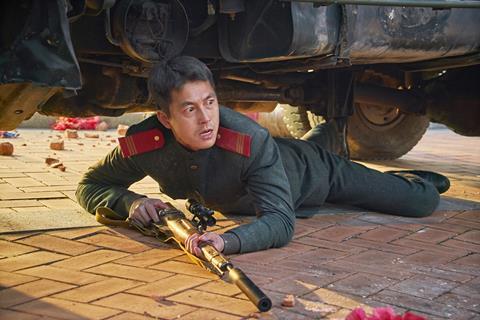 Directed by Yang Woo-seok, Jung Woo-sung-starrer Steel Rain was released in South Korea last December where it clocked up more than 4.45 million admissions according to the Korean Film Council (KOFIC). It was released worldwide on Netflix last month, but this will be the film’s “world festival premiere” as FEFF puts it.

The festival will close April 28 with the international premiere of Indonesian war thriller Night Bus, directed by Emil Heradi, and the world premiere of the fest’s restoration of Throw Down, Hong Kong director Johnnie To’s martial arts noir film from 2004.

The festival will screen 81 films from 11 countries this year with nine world premieres – including three restored films, 12 international premieres and 22 European premieres.

Of the 55 films in competition, 21 are by first or second-time directors; the festival is dubbing these the Fab 21 and launching a new award for them, the White Mulberry.

A jury made up of Hong Kong producer Albert Lee, US producer Peter Loehr and Italian screenwriter Massimo Gaudioso will award the White Mulberry.

Brigitte Lin Ching Hsia will be at the opening ceremony to kick off FEFF, which will hold a retrospective in her honor.

Other guests are to include Johnnie To, producer Nansun Shi, director Yoshida Daihachi with The Scythian Lamb, and director Ryoo Seung-wan and actor Hwang Jung-min with The Battleship Island: Director’s Cut.

Focus Asia, the festival’s project market, has selected 14 titles, and the Ties That Bind co-production workshop has 15 professionals due to attend.

In total, the festival expects to host more than 150 participants from 35 countries.