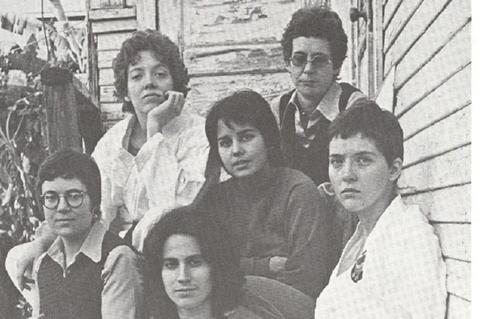 ‘A Womanly Way: The Story Of Olivia Records’

The UK’s Ffilm Cymru Wales has invested £280,183 of National Lottery funding in the development of 12 feature films, throughout the past year, the Welsh film agency has revealed.

The agency offers writers, directors and producers support through the development process, and up to £25,000 of funding.

Titles to receive backing from this funding round include A Womanly Way: The Story Of Olivia Records, from director Hannah Berryman and producer Catryn Ramasut/ They previously worked together on Rockfield: The Studio On The Farm, and have received £24,980 for their documentary about the pioneering 1970s all-female music record label, Olivia Records.

Grzegorz Pacek’s documentary about a man who has rejected modern civilisation, titled A Man With A Fork In A World Of Soup, previously received £11,980 of funding through Ffilm Cymru Wales in 2019, and now receives an additional £24,979.

The Toll director Ryan Andrew Hooper, who also received funding through the scheme in 2019 for The Life And Death Of Daniel Dee, has received investment for Ash Under The Mountain. The feature is written by Lara Barbier, and is a fantasy horror following a young girl living in early 20th century Wales.

A Womanly Way: The Story of Olivia Records
Dir: Hannah Berryman
Producer: Catryn Ramasut,  ie ie Productions
Funding: £24,980
Music documentary about the 1970s story of the trailblazing young US feminist lesbians launching the revolutionary all female label, Olivia Records, and how their music changed the lives of millions.

The Gigantic Beard That Was Evil
Scr:: Simon Roberts
Prods: Dan Dixon, Paul Schleicher
Funding: £24,350
A family animation based on the award-winning graphic novel about a man who  his life turned upside down when a gigantic, untameable beard erupts from him, threatening to engulf the entire island of Here.

The Hard Road
Dir/scr: Simon Ryninks
Prods: Elwen Rowlands, Sam Costin, Little Door Productions
Funding: £21,675
In 1860s Wales, a drover and a recently bereaved woman in dire financial straits risk their lives transporting cattle on a perilous journey to London. United in grief, their livelihood under threat, they must learn to work together, overcoming odds both physical and emotional, if they are to survive.

The Secret Realm
Prods: Jon Rennie, Lindsay Watson, Canuk Productions
Funding: £24,999An animated fantasy comedy about a tween girl struggling to find her place in the world; even more so when she finds herself at the centre of a battle between the ‘real’ world and an ancient fairy culture.

The Starry Sky Above
Dir/scr: Liam Gavin
Prod: Adam Partridge
Funding: £23,700
Horror flm about two young sisters who race to tidy a lonely country house to stop them from being destroyed by the dark forces lurking within.

Woof
Dir:  Jonny Reed
Scr: Elgan Rhys
Prod: Roger Williams
Funding: £24,250
A Welsh-language LGBTQ+ drama tracing the story of two young Welshmen as they try to maintain a relationship while experimenting with the boundaries of loyalty and desire.