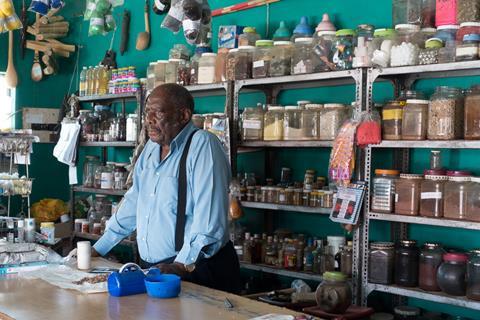 The Susurluk Scar
Winners of a Paul Hamlyn Foundation Award for Visual Arts 2015, directors Karen Mirza and Brad Butler will explore Turkey’s Susurluk Scandal, which provoked speculation on the close relationship between the Turkish government, the armed forces and organised crime.

Damselfish
Tom Pietas holds the world record for holding his breath under water (22 mins 22 secs), a feat that confounds scientists. He is the central character in Charlotte Ginsborg’s experimental hybrid documentary which explores psychological states of mind through performance and choreography.

Larissa Sansour’s In the Future, They Ate From the Finest Porcelain premiered at the Dubai Film Festival on Dec 16.

Adrian Wootton, CEO of Film London and the British Film Commission, said: “Our mission with FLAMIN Productions is to identify innovative, versatile, boundary-pushing filmmakers whose work will startle, surprise and stimulate debate.

“The three projects we’ve selected for development explore vastly different themes but meet these core aims and it will be exciting to see how they develop with FLAMIN’s expert support, guidance and mentoring before ultimately pitching for £30,000 of production funding.”

FLAMIN Productions is based around an open submission process, through which projects are selected to receive development support before submitting a tender for production funding.