Upcoming features starring Michael Fassbender and Jude Law will be taken to market alongside a wave of titles that include first time filmmakers, documentaries and shorts. 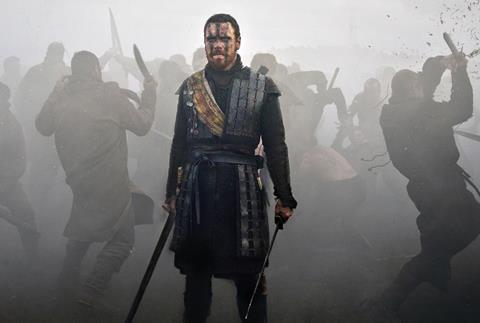 Film4 is heading into Cannes with a slate that highlights its ongoing commitment to a range of UK talent, from first time directors to established auteurs.

Giving Screen a first look at the showreel it will be taking to the Cannes market next week, outgoing Film4 head Tessa Ross said the line-up “showcases a host of filmmakers, both new and established, with a unique vision and a breadth of brilliant storytelling”.

The feature debut of Elizabeth Stopford explores the ideals of a community put to the test in the wake of two inexplicable shooting sprees. The film weaves stylized dramatic reconstructions of the murders in the past with the ongoing journeys of key characters in the present, framed visually by the passing of four seasons in an isolated mid-western town. The White Rabbit Films production is made in association with Passion Pictures.

The line-up also reveals that Independent has picked up international rights to documentary Thomas Quick: The Making of a Serial Killer.

Directed by Brian Hill and produced by Century Films, the doc unravels the truth behind Sweden’s most notorious serial killer who confessed to the rape, murder and cannibalism of more than 30 men, women and children. New evidence, however, shows he may not be a killer at all.

In addition, Protagonist Pictures is to handle international sales on Dark Horse, a heart-warming documentary about a racehorse bred in a depressed mining village in South Wales. Directed by Louise Osmond (Deep Water), it is made by Darlow Smithson Productions and World’s End Pictures.

Film4 development editor Eva Yates said: “Each is unique but we’re excited about the originality of voice and cinematic possibility in all three talents.

“We’re also really happy to be working with new female voices and continue to support talented creatives from other disciplines as they transition into filmmaking.”

Yates added that there will be a couple more short commissions announced later this year.  And former Screen Star of Tomorrow Jonathan Entwistle’s The End of the F*cking World is recently completed.

John Maclean, whose Film4 short Pitch Black Heist won the BAFTA for Best Short Film in 2012, has made his feature debut with Slow West.

Reuniting with Michael Fassbender, who starred in his short, the feature is set in 19th century Colorado and tells the story of Scottish 17-year-old Jay (Kodi Smit-McPhee) as he travels to the American frontier in pursuit of his lost love in the company of a mysterious drifter Silas (Fassbender) who offers to protect him for a price. Hanway Films is selling.

Other titles in production include:

As well as the aforementioned Forgiveness, future productions include:

The slate was later showcased at Film4’s annual pre-Cannes event in London.

The company has three films in Official Selection this year: Mike Leigh’s Mr Turner and Ken Loach’s Jimmy’s Hall, which both play in Competition; and Daniel Wolfe’s Catch Me Daddy, part of the Directors’ Fortnight line-up.

The line-up marks the last to be overseen by Tessa Ross, who will step down in September to become chief executive of the National Theatre.

In the introduction to the slate in Film4’s brochure, Ross said: “Over the past 11 years at Film4 I’ve had the honour of working with some of the most talented and committed people in the industry.

“I’ve loved every minute of the work, so it’s with a heavy heart that I say goodbye in September to an organisation that I believe in passionately. I leave behind a brilliant, dedicated team who will continue Film4’s important work – and I look forward to seeing the next chapter of visionary films and filmmakers to come.”