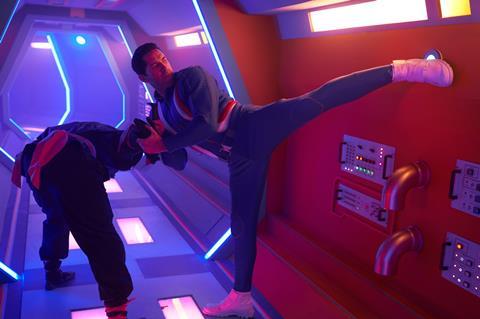 Martin Owen (Twist, Let’s Be Evil) directed Max Cloud, which will debut in the US on VoD in December and follows a teenage gamer who unwittingly enters a portal on her video game and lands in an intergalactic prison.

Her only hope of escape is to team up with the titular space hero. Tommy Flanagan rounds out the key cast.