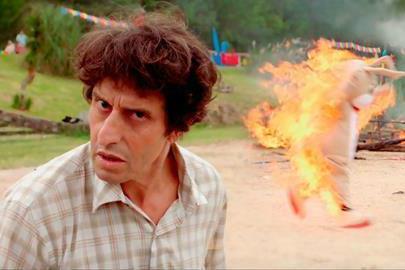 Writer-producer team Eduardo Cisneros (associate producer on Mexican crossover hit Instructions Not Included) and Jason Shuman will write the screenplay about a man who takes care of his four childrenwith disastrous results when his wife goes on a liberating solo trip after 20 years of marriage.

FilmSharks chief Guido Rud licensed the original in multiple territories and has in recent years has built a significant business in touting remake rights, cutting deals with Italy’s Mediaset on Diego Kaplan’s Argentinian comedy 2 + 2, and China’s New Classics Media on Juan Taraturo’s A Boyfriend For My Wife, among others. Last week Rud brought in Sony Pictures International Productions on the Spanish version, which Santiago Segura is shooting now in Madrid.

“We are very happy to work with our friends at AGC on their new venture, and hope we can have a long and fruitful relationship,” said Rud.

AGC’s head of Latino content Cristina Garza said, “Producing commercial, smart, Latinx-facing content is a priority for us at AGC. We are passionate about telling universal stories through a Latinx lens and Cisneros and Shuman have crafted something truly heartwarming, funny, nuanced and most importantly, entertaining”.