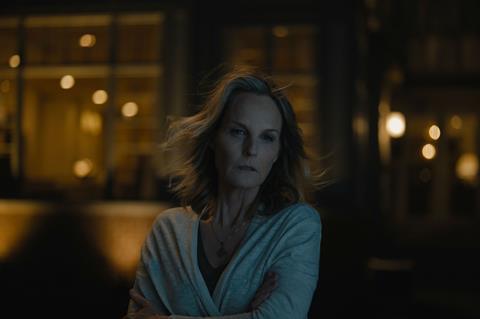 I See You, the horror feature starring Helen Hunt, has rounded out its cast and is now shooting in Cleveland, Ohio.

Adam Randall (iBoy) is directing from a script by Devon Graye. Screen can also unveil a first-look still from the project, above.

Bankside Films is handling sales on the project in Cannes.

Set in a perfect town filled with perfect families, the film tells the story of a twelve-year-old boy who goes missing. Greg Harper, lead investigator on the case, struggles to balance the pressures of the investigation, which has brought to attention a similar case thought to be buried in the past, while finding a way to forgive his wife for a recent infidelity. When a malicious presence manifests itself and puts their young son in mortal danger, the hard truth about evil in the Harper household is finally uncovered.