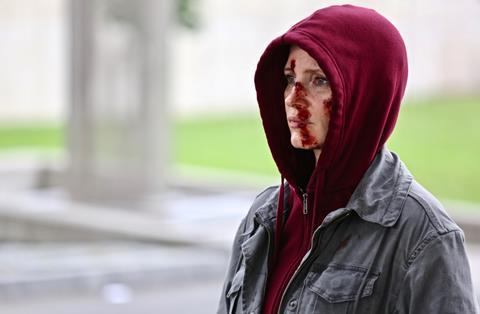 Screen can reveal an exclusive first-look image of Jessica Chastain in the action thriller Eve.

Voltage Pictures is fully financing and handles worldwide sales, jointly representing the US with CAA.

Tate Taylor is directing the feature produced by Voltage Pictures and Chastain’s Freckle Films about an assassin who goes on the run. Colin Farrell and Common also star, and Matthew Newton wrote the screenplay.

Buyers got to see first footage at a presentation on Tuesday (Oct 30).

Voltage chief Nicolas Chartier and Dominic Rustam will produce alongside Chastain and her partner Kelly Carmichael at Freckle Films. Voltage president and COO Jonathan Deckter will serve as executive producer, and Babacar Diene is on board as co-producer.

Must read: AFM 2018 - The buzz titles from Europe and further territories