Screen can reveal a first look image of Juliette Binoche in Emmanuel Carrère’s French-language drama Between Two Worlds (aka The Night Cleaner). 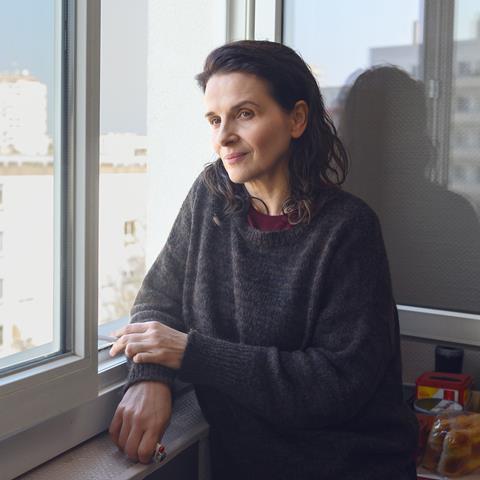 France TV Distribution will launch sales on the film this Cannes. It is produced by Olivier Delbosc at Curiosa Films and David Gauquié and Julien Deris at Ciné France Studios.

Binoche stars as a well-known author who decides to write a book on job insecurity by experiencing it first-hand.  She gets work as a cleaning lady and discovers a life where each euro matters, finding herself invisible in society.  As she lives out this ordeal, however, she forges genuine bonds, warm and even joyful ties with some of her companions in misfortune.

The film is based on French journalist Florence Aubenas’s bestselling non-fiction work Le Quai de Ouistreham, investigating rising precarity in French society through her experiences in the northern port city of Caen.

Inspired by George Orwell’s The Road To Wigan Pier, the celebrated foreign correspondent went undercover in 2009, registering as unemployed and taking on a series of cleaning jobs.

It is second fiction feature in the director’s seat for award-winning screenwriter Carrère after The Moustache which premiered in Directors’ Fortnight in 2005.

Mars Film have taken French rights to the feature which is due to be released in 2020.