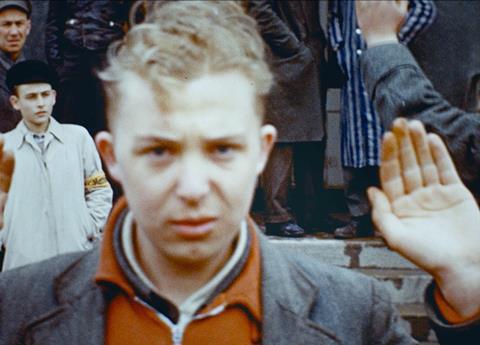 Directed and produced by the late Luke Holland (I Was A Slave Labourer, Good Morning Mr. Hitler) over the course of 10 years, the film premiered in Venice last year.

The Final Account presents a portrait of the last living generation of people who participated in the Third Reich, and contains interviews with a range of subjects from members of the SS to civilians.

Focus Features plans a US release for May 21 and Universal Pictures International will distribute internationally.

*In a separate announcement, IFC Films will digitally release Claude Lanzmann’s Holocaust documentary Shoah on March 2, marking the first time the film will be available to own digitally and for rent in the US Canada.