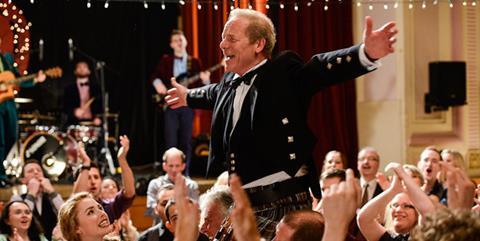 Focus Features International has taken international sales rights to musical Sunshine on Leith, which will receive its world premiere at the Toronto International Film Festival.

The film was financed by Entertainment Film Distributors, the BFI Film Fund and Creative Scotland, with Entertainment distributing in the UK.

Identical twin brothers Charlie and Craig Reid of The Proclaimers have released nine albums since 1987 and are probably best known for hits I’m Gonna Be (500 Miles), I’m On My Way and Letter from America. The title of the film takes it name from the band’s second and best known album.

Alison Thompson, co-president of Focus International said: “We are excited to be part of this fun and heart-warming film, from such a brilliant group of British talent, which will have you singing along to the music from the Proclaimers for days after you see it.”