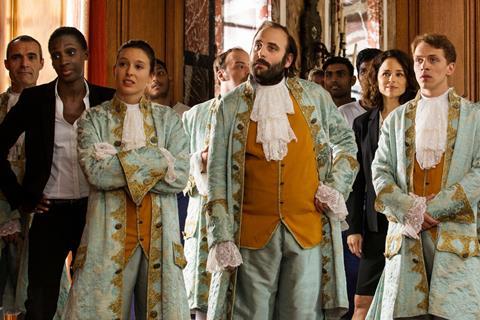 The film comes from writer-director duo Éric Toledano and Olivier Nakache, the Bafta-nominated pair behind the mega-hit comedy The Intouchables, which starred Omar Sy and François Cluzet and grossed more than $400m worldwide before being remade as The Upside starring Bryan Cranston and Kevin Hart.

Gaumont handles sales on the title, which unfolds against the background of a chateau wedding erupting into a nightmare for the party’s cantankerous planner. It will have its UK premiere in Edinburgh International Film Festival’s European Perspectives strand on June 22 having previously played Toronto, Zurich and San Sebastian.

The film was nominated for 10 Cesar Awards, including Best Film and Best Director, though walked away empty-handed.

After the EIFF premiere, the film will have screenings across Scotland before a pre-Bastille Day preview on 12 July at London’s CinéLumière. General release is scheduled for August 31, Cinéfile is lining up close to 50 sites in the UK and Ireland for the first week of release.

Based in Edinburgh, Cinéfile specialises in releasing French films but has also expanded to English language and wider European titles, with past credits including the Brian Cox-starring The Carer and Petra Volpe’s Swiss comedy The Divine Order.

Cinéfile director Allison Gardner commented: “In this year of wedding fever the film is the perfect end of summer feel-good treat.”