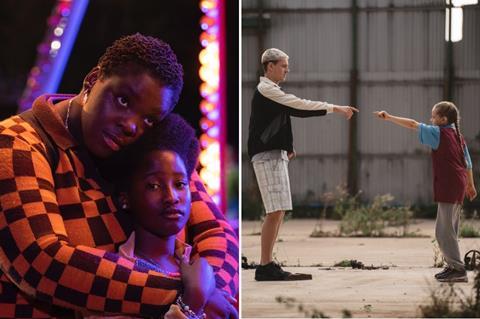 The UK is well represented in the 2023 edition of Utah-based festival Sundance, with debut features including Girl, Scrapper, Rye Lane and documentary Is There Anybody Out There? joining the line-up, which was announced in full yesterday (December 7).  Five of the UK filmmakers selected are Screen Stars of Tomorrow.

This year’s festival takes place as a hybrid event, running from January 19-29 as an in-person event, with a selection of films available online from January 24-29.

Six UK productions and four UK co-productions have made the 99-strong line-up – just over 10%. This is slightly down on 2022, which featured 12 UK productions: Good Luck To You Leo Grande, La Guerra Civil, Brian And Charles, Living, My Old School, The Princess, Meet Me In The Bathroom, Child Of Empire, On The Morning You Wake, We Met In Virtual Reality, plus UK-Ireland co-production Nothing Compares and India-UK co-production All That Breathes – which won the world cinema grand jury prize, for documentary.

It is up on 2021, which featured four UK productions (In The Earth, The Sparks Brothers, Censor and To Miss The Ending) and three co-productions (Misha And The Wolves with Belgium, Life In A Day 2020 with the US and Rich Kids: A History Of Shopping Malls In Tehran with Iran).

Scrapper will play in this year’s world cinema competition. It is the directorial debut of 2020 Screen Star of Tomorrow Charlotte Regan, and follows a 12-year-old girl living happily alone in London until her estranged father returns and forces her to face reality. Triangle Of Sadness star and Screen Star of Tomorrow 2017 Harris Dickson stars. Picturehouse has already picked up all UK and Ireland rights, with Charades selling.

Also in this section is Girl, directed by another Screen Star of Tomorrow, from 2021, Adura Onashile. It is produced by Rosie Crerar and Ciara Barry for the duo’s production outfit barry crerar, and was developed through the iFeatures scheme. The coming-of-age drama follows an 11-year-old girl and her mother, who take solace in a gentle but isolated world of their own creation, and stars French actress Déborah Lukumuena in her English-langauge debut.

Raine Allen-Miller (Screen Star of Tomorrow 2021) has her feature directorial debut Rye Lane in the Premieres section. Two twenty-somethings reeling from bad breakups deal with their nightmare exes over the course of an eventful day in Peckham, south London. David Jonsson and Vivian Oparah star.

Scrapper, Girl and Rye Lane were supported through production and development by BBC Film and funded by the BFI Film Fund.

Ella Glendining (Screen Star of Tomorrow 2020) has her feature directorial debut, Is There Anybody Out There?, in the world cinema documentary competition. It follows her global search for someone with the same rare disability as her. Hot Property Films produces. It was also backed by the BFi. 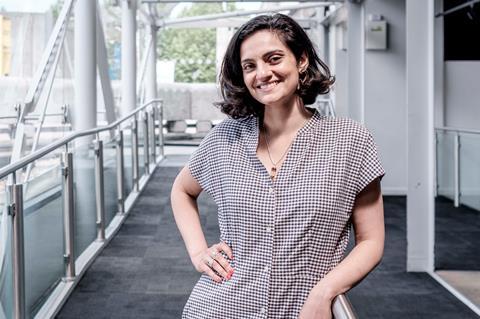 Anton Corbijn’s documentary Squaring The Circle (The Story Of Hipgnosis) is in Spotlight, and takes an inside look at the studio responsible for some of the most iconic and recognisable album covers of all time, such as Pink Floyd’s The Dark Side Of The Moon. The Telluride 2022 premiere is produced by Colin Firth’s Raindog Productions.

Laura McGann’s UK-Ireland co-production The Deepest Breath is a documentary observing a champion freediver, with John Battsek among the producers. It plays in the Premieres section, alongside France-UK co-pro Drift, about a young refugee who finds herself alone and penniless on a Greek island, with Cynthia Erivo, Alia Shawkat and Honor Swinton Byrne among the stars.

The Pod Generation is also in this section – the Belgium, France UK co-pro is directed by Sophie Barthes, stars Emilia Clarke and Chiwetel Ejiofor, and unravels around two parents in a not-so-distant future with an unhealthy obsession with technology.

Animated adventure The Amazing Maurice gets its US premiere in the Kids section. The German-UK co-production is based on the novel The Amazing Maurice And His Educated Rodents by Terry Pratchett, with a voice cast including Hugh Laurie and Emilia Clarke.