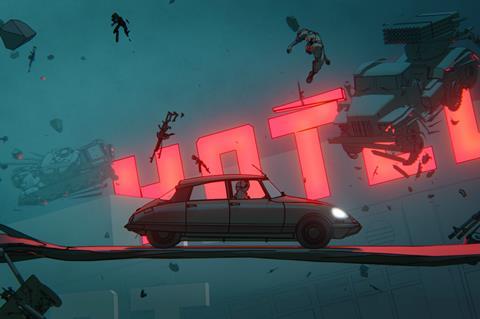 Another Day Of Life

GKIDS has acquired North American rights to the adult-oriented Cannes 2018 animation Another Day Of Life and will distribute theatrically later this year.

Raúl De La Fuente and Damian Nenow directed from author and journalist Ryszard Kapuściński’s book of the same name about the chaos of war.

Another Day Of Life recounts the outbreak of civil war after Angola attained independence from Portugal in 1975. The film uses animation, interviews and archival footage to tell the stories that Kapuściński witnessed during a three-month trip through the African country.

“We are incredibly proud to release Another Day Of Life,” said GKIDS president David Jesteadt. “The film brings Kapuściński’s writing to visceral life, in a thrilling story of a journalist’s obligations during war that will stay with audiences long after they leave the theater.”