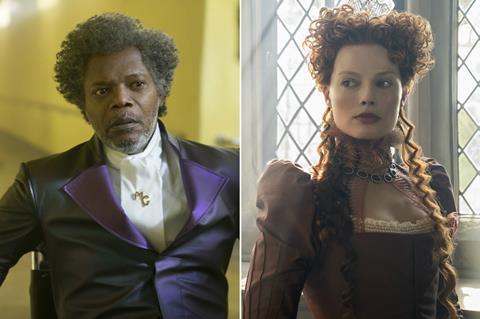 Glass held the number one spot at the UK box office over the weekend of January 25-27, grossing £1.9m for a 42% drop on its first session.

The third film in director M. Night Shyamalan’s Eastrail 177 trilogy is now up to £6.9m total. Its second week was down on the £2m second week of previous title Split in 2017, although it is still ahead overall of Split’s £6m cume at that stage. Split went on to £11.4m total, while Unbreakable, the first in the series, hit £11.6m.

It will aim to set a new UK record for a Saoirse Ronan-led film, which currently stands at £6.4m for The Lovely Bones in 2010 (Atonement and The Grand Budapest Hotel, in which she had supporting roles, both grossed higher too).

An event release of Steven Spielberg’s Schindler’s List, coinciding with the 25th anniversary of the film’s UK debut, brought in £30,000.

This puts it just behind McKay’s previous title, The Big Short, which opened to £1.3m in January 2016, albeit on fewer locations (412). The Big Short totalled £6m across its run; Vice will look to use awards buzz for Christian Bale, Amy Adams and Sam Rockwell – all Oscar-nominated – to help it towards a similar figure.

Stan And Ollie moved from third to fourth, taking £1.1m over the weekend, and is up to £8.3m to date.

The Favourite dropped 28% in its fourth week and is now up to £13m. By way of comparison, Fox’s big awards title from last year, Three Billboards Outside Ebbing, Missouri, stood at £9.4m after four weeks, finishing on a decent £15.2m - The Favourite will look to top this.

Bohemian Rhapsody held a top ten spot in its 14th weekend and is up to £52m, buoyed by awards love for Rami Malek’s performance, which received one of five Oscar nominations for the film last week as well as the best actor prize at last night’s SAG awards.

Canine caper A Dog’s Way Home, featuring the voice of Bryce Dallas Howard as Bella the dog, started with £702,000 from 443 locations.

Spider-Man: Into The Spider-Verse fell just 27% on its seventh weekend with £368,000 and is up to £9.7m, with multiple best animation prizes and an Oscar nomination in its web.

Love Yourself In Seoul – BTS World Tour 2019, the latest concert film about Korean boyband BTS, grossed £518,810 from 291 sites for a £1,783 site average. It was the fourth-highest grossing title on Saturday, its sole day of release.

Polish-language martial arts drama Underdog is up to £327,044.

Boosted by an IMAX rollout, Oscar-nominated doc Free Solo increased 92% on its previous weekend, taking £83,870 for a total of £1.5m.

Jane Magnusson’s doc Bergman: A Year In A Life grossed £4399 from three sites with another still to report.