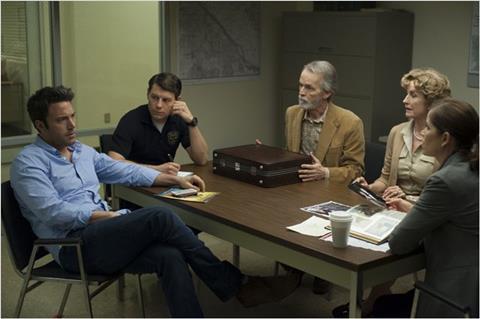 It’s already David Fincher’s fourth-best UK performer and Gone Girl could well become his second highest grosser by this weekend, overtaking The Social Network ($17.1m/£10.6m) and The Girl with the Dragon Tattoo ($19.3m/£12m).

Kickstarting a run of horror releases in the lead-up to Halloween, Warner Bros’ Annabelle scared up a healthy $3.1m (£1.93m) from its 383 sites to chart third. Without The Maze Runner’s previews, Annabelle would have charted second.

Ahead of its nationwide release this coming Friday [Oct 17], Paramount’s Teenage Mutant Ninja Turtles banked $2.2m (£1.35m) from its previews on Sat-Sun and remains on preview release in Scotland this week.

Screening only on Saturday and Sunday, One Direction: Where We Are took a strong non-final $1.6m (£1.02m) to chart fourth and become the highest grossing concert film in the Event Cinema sector, according to figures from Rentrak.

This week sees saturation releases for eOne’s The Best of Me [opens Oct 15], Paramount’s Teenage Mutant Ninja Turtles (following its previews this weekend) and Warner Bros’ The Judge.