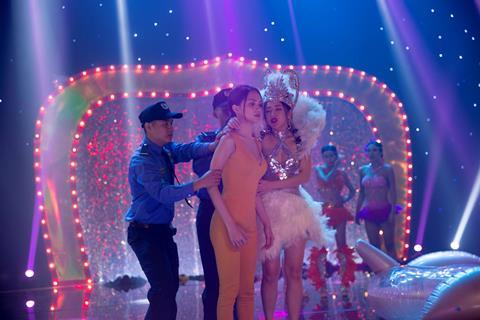 Directed by Kay Nguyen, Drama Queen follows a stuntman, on the run from the mob, who fulfils a lifetime wish to transition into becoming a woman. However, when she enters a beauty pageant to pay for her sick father’s medical bills, the gangsters she was running away from make a reappearance.

The film, which stars real-life transgender beauty queen Huong Giang, was released in Vietnam on February 14. Huong Giang was the first ever Vietnamese winner of Thailand’s biggest transgender pageant, Miss International Queen, in 2018.

Goodbye Mother, which played at last year’s Busan International Film Festival, is about the heir of a Vietnamese clan who returns home from the US with his Vietnamese-American boyfriend, but finds it difficult to come out to his family. Kumanthong is a horror film based on the story of Vietnam’s first serial killer.